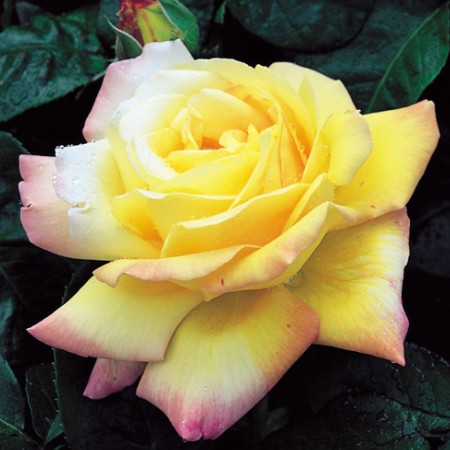 A peace rose bush brought will have a donation sent to the Royal British Legion to mark the 100 year anniversary of the 1st World War.

In Remembrance of War, The naming of the Peace rose was in 1945 after the devastation of  the Second World War. But we think the name and this rose a fitting remembrance to be planted to remember those who died or suffered from the tragedy of the First World War.

It was developed by a french horticulturist Francis Meilland in the years 1935 to 1939. He named his new rose after his deceased mother Mme A Meilland. Foreseeing the invasion of France he sent cuttings to friends in Italy, Turkey, Germany and some other countries to protect his new rose.

The Rose eventually became known as Peace. In early 1945 Meilland wrote to Field Marshal Alan Brooke (later Vicount Alanbrooke) to thank him for his key part in the liberation of France and to ask Brooke if he would give his name to the rose. Brooke declined, saying although he was honoured to be asked, his name would soon be forgotten. He suggested a much better and enduring name would be ‘PEACE’.

Later in 1945 Peace roses were given to each of the delegations at the inaugural meeting of the United Nations, each with a note that read:

Sadly it has not but the name and the beauty of the Peace Rose will continue to remind us of the importance of remembrance.

The Peace rose, formally Rosa ‘Madame A. Meilland’, is a well-known and successful garden rose. By 1992, over one hundred million plants of this hybrid tea had been sold. The cultivar has large flowers of a light yellow to cream color, slightly flushed at the petal edges with crimson-pink. It is hardy and vigorous and relatively resistant to disease, making it popular in gardens